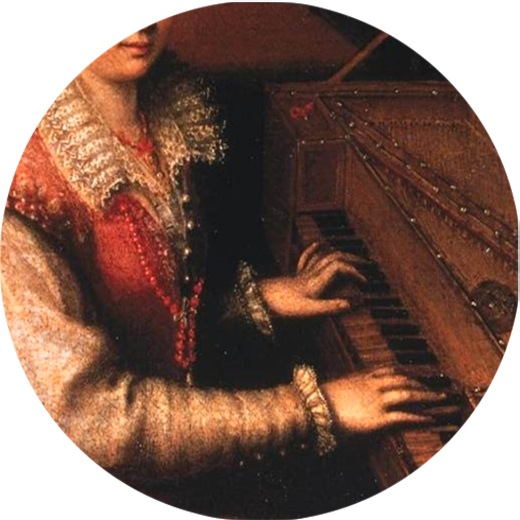 One of the things I’ve enjoyed about starting this site is that its made me aware of many other blogs devoted to history and visual culture. Popular sites like BibliOdyssey and 50 Watts (née A Journey Round My Skull) will probably be familiar to many of my readers, but others are less well known. With that in mind, here’s the first entry in what I hope will be a semi-regular compendium of recent history-related content posted to the web (with a marked slant toward my interests in the 1500-1800 period, global history and visual and print culture). All posts are from circa March 2011.

Towards the end of the sixteenth century, Rudolf II commissioned Hoefnagel to illustrate the Mira calligraphiae monumenta, produced by the calligrapher Georg Bocskay twenty years earlier. Because Bocskay’s calligraphic flourish crossed the entire page, Hoefnagel nestled the flower stem into a “slit” in the parchment. The shadows on both the flower and the mussel preserve the illusion… There’s a thin, sometimes obscure line between the page as a medium bearing representations — images and text that draw you away from its materiality — and the page as an archival platform in itself.

2. At Three Pipe Problem, a fantastic blog devoted to art history, guest-blogger Monica Bowen offers an interesting piece on the female self-portrait in the Renaissance:

Catherine King points out that in terms of self-portraiture, “the act of showing oneself to another was very different for a young woman than it was for a young man.” Hence, female artists needed to be careful in how they presented themselves in portraits. Fontana visually manifests this care by not only stressing her virginity, but by appearing in modest red dress that suggests marriage (red was the traditional color for wedding dresses in Bologna).

At the same site, also check out this fascinating discussion of Titian and mirrors and a post on the deep history of the virgo lactans motif in Western art.

3. From peacay, the proprietor of BibliOdyssey, another typically well-crafted post on the Count de Lapérouse (1741-1788?), a French mariner whose ship disappeared in the Pacific in 1788. The writings and drawings of the ethnography and ecology of the Pacific Islands that his expedition produced largely survived, however, and were published in the following years along with related sketches produced by search and rescue missions:

In 1785 Louis XVI appointed La Pérouse to lead an expedition to the Pacific to complete Cook’s unfinished work. His ships were the Astrolabe and the Boussole, both 500 tons. They were store-ships, reclassified as frigates for the occasion and his 114-person crew included ten scientists from different disciplines. 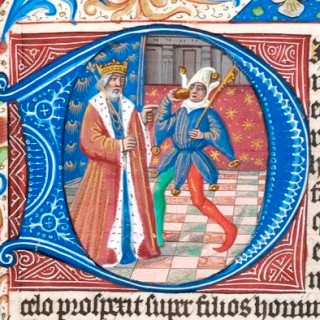 4. At Got Medieval, a nicely-illustrated post on fools in the Middle Ages:

The late-medieval/early-Renaissance fool hat is kind of a combination of two previous types of hats. The first, usually without bells, had a single curly-pointed peak… The other hat had two peaks and bells, but was flat across the top.

And see this sample chapter from Beatrice K. Otto’s book Fools are Everywhere: the Court Jester around the World for more on the true history of this cliched stock figure. Courtesy of the University of Chicago Press, one of the best academic presses when it comes to making content available online.

5. Sarah Werner at Wynken de Worde takes a look at an example of Ben Jonson’s marginalia. The playwright appears to have been even more devoted to marking up his work than most early moderns, whose pointy hands, underlines, asterisks and doodles put today’s undergraduates to shame.

I’ve been looking at another book that a student was working on. It’s unprepossessing on the outside, just a small, worn brown leather binding, with the remains of ties that have long since disappeared. But the book is much more interesting on the inside…

6. [Update] I almost forgot to mention a promising very new blog: Macuti. This blog “on slums, museums and popular architecture in Ilha de Moçambique” was started in February by Silje, a Ph.D. candidate at Cophenhagen’s Royal Academy School of Architecture. The posts offer a highly observant and nuanced look at the Island of Mozambique, a world heritage site thanks to its 16th century Portuguese structures (the island’s chapel is the oldest still standing European-made structure in the Southern Hemisphere).

The library actually is in perfect order with book rows on heavy wooden shelves filled with information about modern agricultural production in Mozambique in the 1950s, French classics and a whole shelf of Hindi books…

For more history blog postings, see the Early Modern Carnivalesque for March 2011 on the Contemporary Jacobean Society blog and the links at right. [Update] While researching this post I came some other blogs of note: the newly-launched Big Map Blog, which features an excellent intuitive design and a huge array of digitized maps arranged by category, and Academitron, a blog on digital humanities. Finally, those with an interest in drug policy and history should check out Points: the Blog of the Alcohol and Drugs History Society.

Also, please leave your own suggestions in the comments!