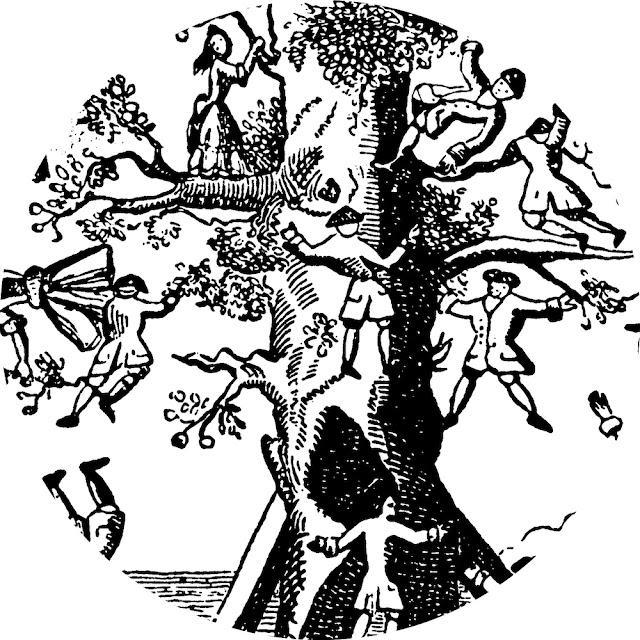 I lay it down as a foundation, that whosoever, sailing over the South Seas… shall never fail to discover new worlds, new nations, and new inexhaustible funds of wealth and commerce, such as never were yet known to the merchants of Europe.
– Daniel Defoe, A New Voyage Round the World, by a Course Never Sailed Before (London, 1724)

So much has been written about the South Sea Bubble of 1720 (see here, here, here and here) that I’m not going to reiterate the story of this huge financial collapse, which seems to be revisited and reinterpreted at each moment that the cycle of boom and bust repeats itself. Amidst all the economic analysis it is easy to loose sight of the (to me) far more interesting underlying geopolitical motive behind the stock speculation. This was the recognition that the Spanish Empire’s control over the Pacific Ocean was weakening, and that other commercial powers might be able to assert themselves in this vast and largely unknown ‘South’ Sea — which, Defoe proposed, should actually be the ‘American Sea’ because it gave access to the rich ports of Spanish America. Spanish treasure fleets and the occasional Portuguese carrack had been warily traversing this vast maritime world since the first decade of the sixteenth century, but it still held many surprises in store. Hawaii and New Zealand, for instance, were as yet unknown to Westerners, as was much of Polynesia, Melanesia and Micronesia. British observers had been aware of the potential for trade in this region since the time of Drake, and the South Sea Company represented the fulfillment of these hopes. 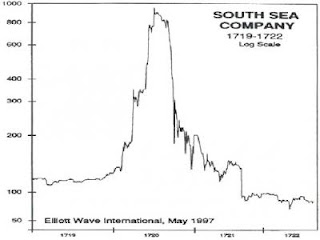 Famously, however, things did not work out as planned. A roughly ten-fold decrease in the price of South Sea stock between 1720 and 1721 ruined countless families and sent shockwaves through the popular culture of Western Europe. No less a personage than Isaac Newton was reported to have lost the huge sum of roughly £20,000 (millions in the US dollar of today). Perhaps apocryphally, the astronomer remarked that he could “calculate the movement of the stars, but not the madness of men.”

As I said above, historians and economists have shed a lot of ink on this subject. But the popular culture of the South Sea Bubble strikes me as less well covered. For instance, I was interested to discover that playing cards seem to have been a popular means of commemorating the financial failure. Perhaps the juxtaposition of economic catastrophe with the small-scale world of gambling was a form of sly social commentary? Below are some images of ‘Bubble Cards’ and other printed ephemera from the 1720-21 period. 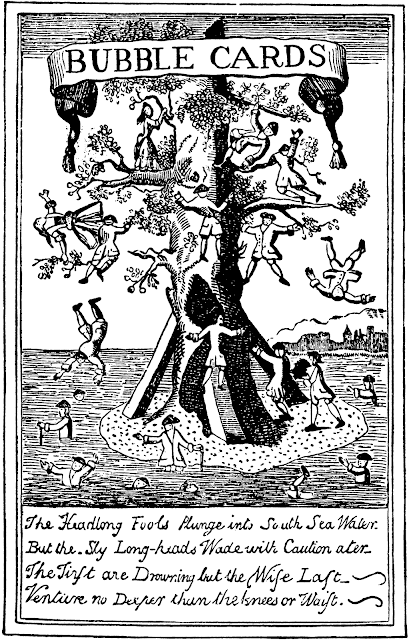 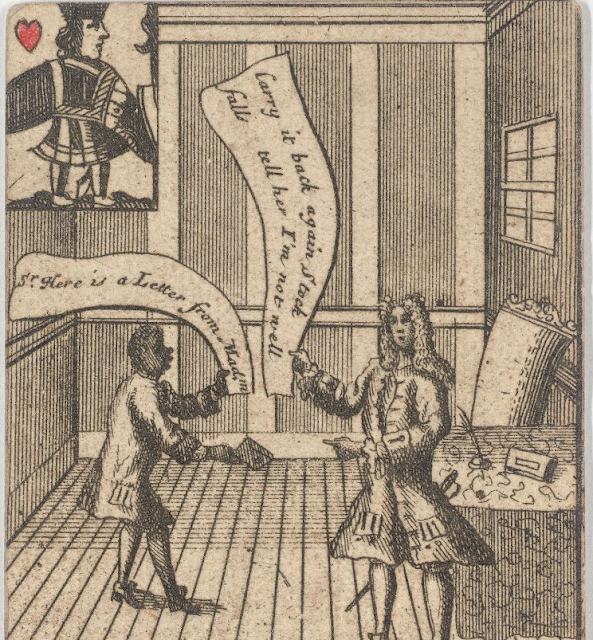 The caption to this card, the Jack of Hearts, shows how the fortunes of the Company could impact the world of courtship: 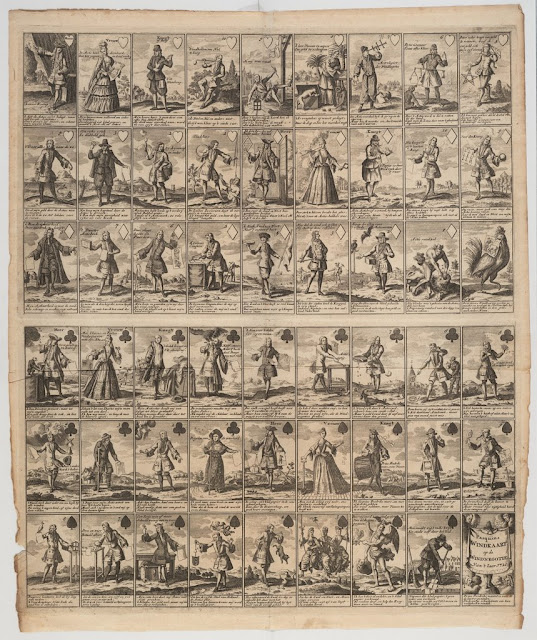 And a broadside that cleverly gathers together (we would say plagiarizes) some of the most popular images of the collapse. Note the Bubble Card posted above in the bottom left corner, for instance: 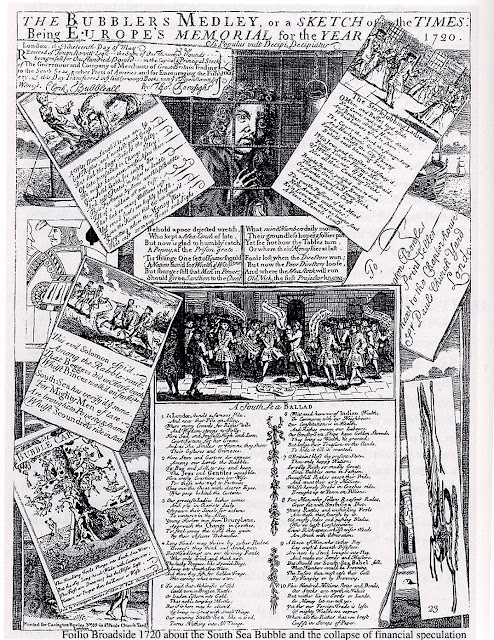 The sheer number of Bubble Cards  held by libraries to this day attests to their popularity. I suppose it is a testament to the entrepeneurial character of the age that even a disastrous financial collapse could be used to sell merchandise. And it seems fitting that this merchandise consisted of ink on paper, since so many of the schemes associated with the South Sea Bubble (and, indeed, European trading companies in general) amounted to little else

(1841). A sample of this chapter is available online here. For more images, I highly recommend BibliOdyssey’s post on the subject. The Baker Library of the Harvard University Business School has digitized a different set of South Sea Bubble cards which are viewable in their entirety here.