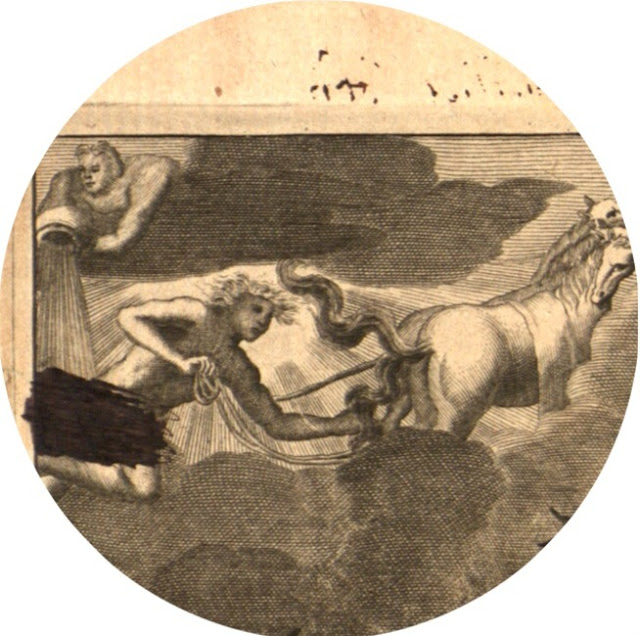 The image above is from a copy of William Salmon’s Botanologia: The English Herbal, or History of Plants (London: I. Dawks for H. Rhodes and J. Taylor, 1710) which is available for view via Villanova University’s digital library. Evidently the nudity of the figure (I suppose either the sun god Helios or Apollo) bothered an early owner of the book, since he or she appears to have obliterated the poor deity’s rear quarters and genitalia with a quill pen. Conversely, perhaps someone had drawn something offensive onto the scratched-out area, and the ink was merely restoring modesty? Why is a man pouring a bucket of rain on the god from a cloud anyway?

It is all a bit of a mystery. And indeed, we know little more about the life of the man who wrote the book itself. William Salmon (1644-1713) numbered among the most successful medical practitioners of Restoration-era London but was largely forgotten after his death. Though he was much maligned as a quack doctor or ‘mountebank‘ by eighteenth-century medical authorities, Salmon appears to have won considerable success as a self-proclaimed “Doctor of Physic,” apothecary and author of popular treatises on everything from home surgery to figurative drawing, landscape painting and the science of hand gestures. Salmon’s practice began in a tavern. Next, displaying a characteristic commercial shrewdness, the doctor rented space immediately opposite St. Bartholemew’s Hospital in London and developed a medical practice that treated patients who were rejected from that institution. His specialty was drug mixtures and pills that featured a range of bizarre and exotic ingredients, the sort of thing that would later come to be called ‘patent medicines.’ (See my previous entry on early modern London’s drug trade for some representative remedies, including a medicinal usage of ‘Cranium Humanum,’ i.e. human skull!).

“Contemporaries claimed that as a boy Salmon was apprenticed to a mountebank, whom he served as a ‘wachum’ or ‘zany’, and amused audiences by ‘tumbling through a hoop’ or with ‘tricks of legerdemain and slight of hand’; he also ‘made speeches and wrote Panygyricks in praise of his master’s Panaceas. He wrote Almanacks to direct the taking of his medicines, and made the stars vouch for their virtue.’” 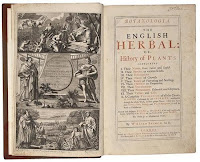 The same entry notes that “Salmon also created a cabinet of curiosities that included some items he brought back from his travels to the West Indies.” Salmon himself referred in print to his travels “some years last past in the American World,” noting modestly that he had “but lately returned home to perfect the whole System of Medical Learning.” (See Allen Debus, ed. Medicine in Seventeenth Century England [Berkeley, 1974], 144). The nature and itinerary of these travels is still a bit of a mystery though, as far as I can tell.

I’ve been researching Salmon a bit recently and have noticed that he was a very prescient and effective advertiser. At least one of his books that I’ve consulted contains embedded advertisements for his medical practice and the ‘Salmon’s pills’ for treatment of venereal disease available there, while a search of London newspapers circa 1660-1720 will turn up numerous notices such as the following, in The Flying Post (February 18-20, 1707): 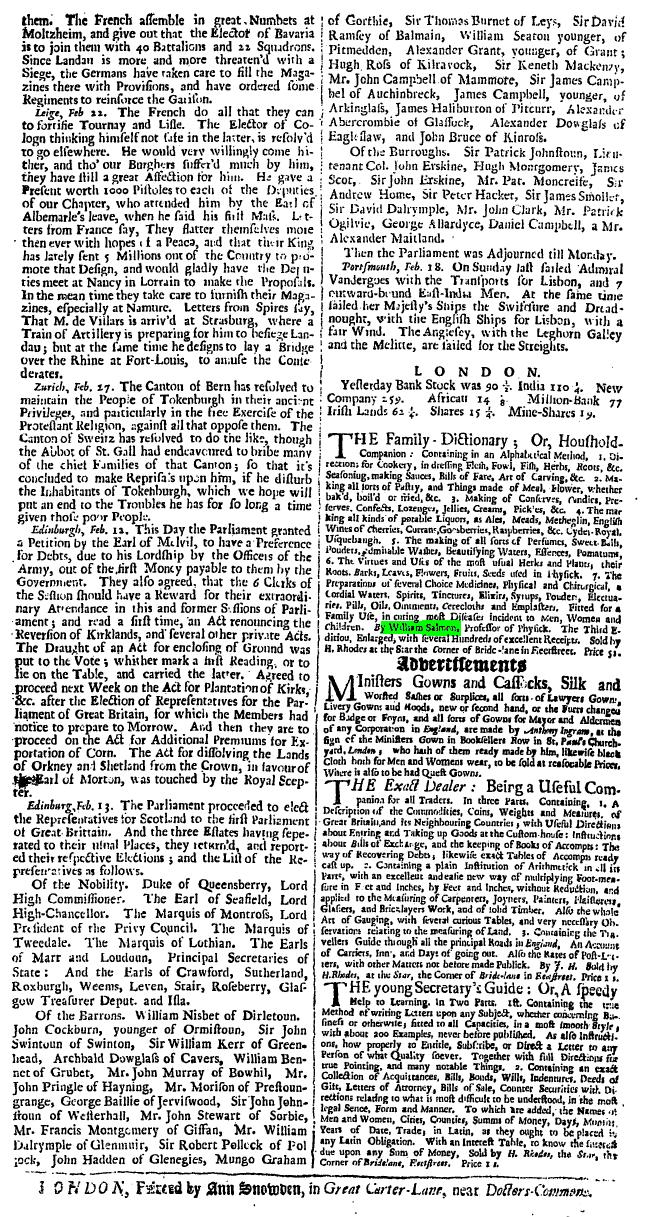 I note in passing that this newspaper appears, most unusually, to have been published by a woman, one Ann Snowden, who resided “near Doctors-Commons.”

Also worth checking out are “William Salmon, a 17th Century Renaissance Man,” an essay on a rare books website by Bruce Tober that contains some interesting details I haven’t seen elsewhere; and Phillip K. Wilson’s Oxford Dictionary of National Biography piece, the authoritative account of his life. Caroline Rance’s fabulous The Quack Doctor blog references and quotes Salmon here. Finally, Brent Elliot has written a very interesting and informative essay on the Botanologia here. I’m indebted to all of these authors for their work in uncovering the shadowy history of Salmon’s interesting life.