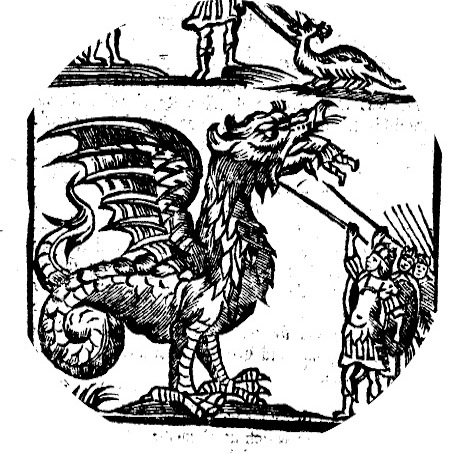 Nathaniel Crouch (c. 1632 – after 1700) was an obscure but most interesting man: a London bookseller, he took the unusual step of authoring his own books on many subjects and publishing them under pseudonyms. Crouch’s nom de plume of choice was “R.B.” or “Richard Burton.” As revealed by the research of Robert Mayer, Crouch attended meetings of the Royal Society and was regarded by contemporaries as an “ingenious man” despite his craftsman’s trade and lowly birth as the son of a tailor. Although he has gone largely unstudied by modern scholars, the works of Crouch/Burton were prized by both Samuel Johnson and a young Benjamin Franklin, whose autobiography records his high regard for “Burton’s books” (Mayer 393). Today I present some images I came across in a work that Crouch published under the name of R.B. entitled The English Acquisitions in Guinea and East-India (London, 1700). As the full title reveals, this was an expansive work which not only described the new colonial possessions of an expanding British Empire but also offered accounts of “Religion, Government, Trade, Marriages, Funerals, strange Customs, &c., Also the Birds, Beasts Serpents, Monsters and other strange Creatures found there. Intermixt with divers Accidents…” 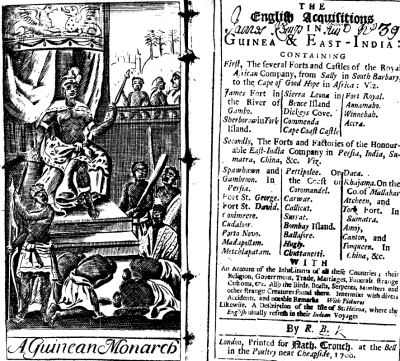 The woodcut illustrations of English Acquisitions are quite compelling, as they center almost exclusively on depictions of “Monsters and other strange Creatures” that were reported by travelers in the Indian Ocean region and coastal Africa. I suspect that most or all were plagiarized from earlier accounts, a common practice of the era. Here are the images, intermixed with extracts from Crouch’s accompanying text:

Crouch did not shy away from gory descriptions, and indeed these may have contributed to the popularity of his works. Here he is on the execution techniques of the “Great Mogul” of India: 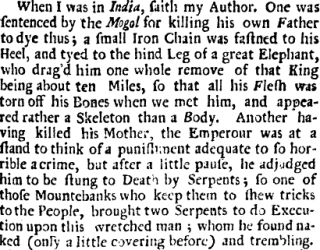 And the rather frightening accompanying illustration: 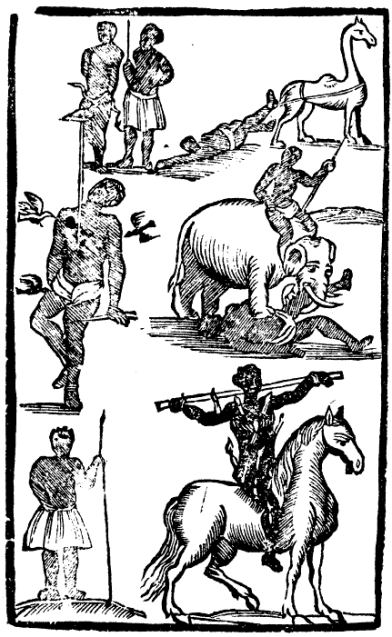 As I read this book I was surprised to find that the middle section was devoted to a description of a voyage to the moon via swans! After reading a bit I realized that this was a reprint from a remarkable work of early science fiction written in manuscript by the Elizabethan bishop Francis Godwin: the Man in the Moone, or a Discourse of a Voyage thither, by Domingo Gonsales (c. 1600). Here’s the amazing illustration of the bird-powered contraption created by the ingenious Spaniard Gonsales: 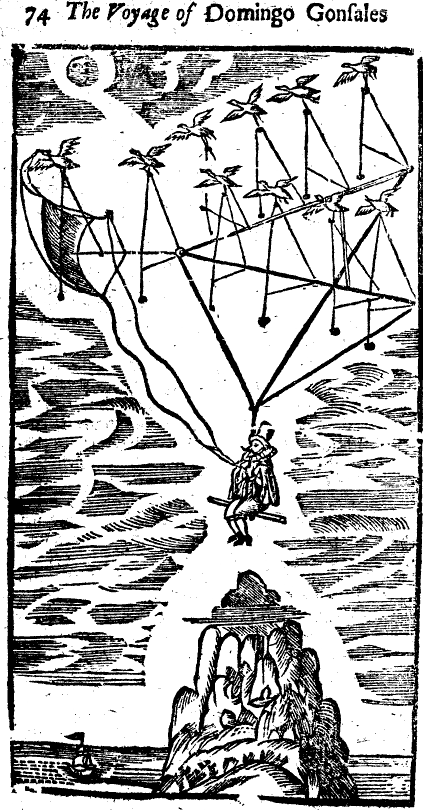 This work is remarkable for the way in which it conflates the voyages of Columbus and otehr New World explorers with space travel. Godwin (and Crouch as well, it seems) reasoned that if ‘Moderns’ had been able to discover vast and previously unknown new lands across seas, then it stood to reason that similar wonders awaited those who traveled into the sky: 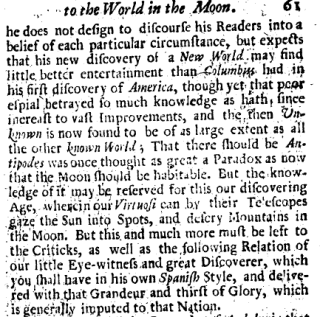 Here  ‘Gonsales’ offers a bizarre description of outer space as imagined in early modern times. This land was apparently haunted by demons and “Wicked Spirits” who spoke Spanish, Dutch and Italian, as well as creatures that his Gansas (swans), could consume as food: 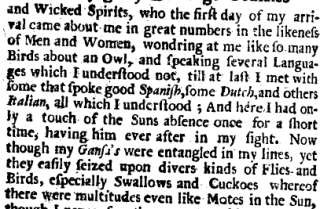 Strange stuff, and all the more interesting because Crouch chose to include it in a book lauding the expansion of the British empire. Was the moon next?