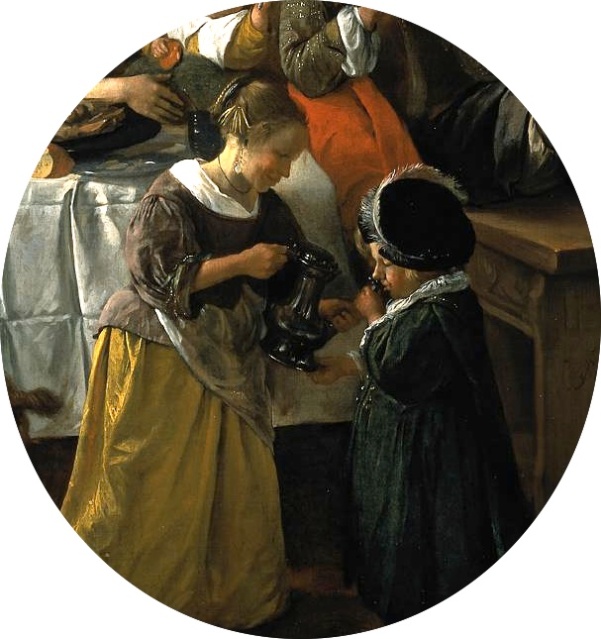 I’ve recently been amassing an image library of paintings by the likes of Frans Hals, Adrian Brouwer, Gerrit Dou, Gabriel Metsu and Jan Steen — Dutch painters who were contemporaries of Rembrandt and Vermeer and, though less well known, were in my view almost as good. I suspect that Vermeer’s popularity has given us a somewhat distorted view of everyday life in the Golden Age of the Dutch Republic (which peaked from the 1620s to 1670s), which, one would gather from his great works, was a place of serene repose at the writing desk and quiet contemplation alongside leaded windows. Yet the works by the artists I’ve mentioned above tell a different story: one of drunken tobacco-smoking in crowded pubs. Since the Dutch were, after all, famous among their British, French and Iberian contemporaries (and rivals) for their paired addictions to liquor and smoking, I suspect that this latter impression gives a more accurate view of the exuberant, wealthy and self-indulgent era when the Dutch Republic controlled world trade. Below I’ve cropped some images of the Hollanders enjoying their drugs of choice:

What has really struck me from looking closely at these paintings of partying Hollanders is the frequency with which very young children are shown smoking tobacco. Evidently it was thought to be perfectly fine for a child as young as 6 or 8 to be given a pipe to smoke on special occasions! See below:

It would appear that children were allowed to drink as well (although this doesn’t surprise me nearly as much):

Finally, here are some images of other drugs that may have been available to consumers in the Dutch Republic via apothecary shops and quack doctors or druggists. (My own research suggests that exotica such as cannabis, opium and datura were widely available in the Indian Ocean trade emporia that the Dutch dominated in this period, and quite possibly were consumed in the domestic Netherlands by those who had grown bored with pipes, cakes and ale). These first two details depict quack doctors with medicines, both by the great Jan Steen: 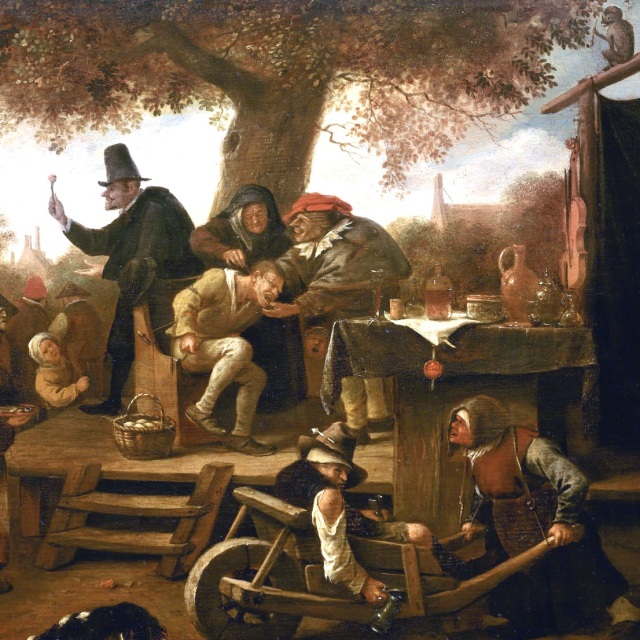