This painting, by an anonymous English artist, depicts in remarkable detail the Spanish Armada‘s confrontation with English vessels, probably at the momentous Battle of Gravelines. From Wikipedia:

English losses stood at 50-100 dead and 400 wounded, and none of their ships had been sunk. But after the victory, typhus, dysentery and hunger killed many sailors and troops (estimated at 6,000–8,000) as they were discharged without pay: a demoralising dispute occasioned by the government’s fiscal shortfalls left many of the English defenders unpaid for months, which was in contrast to the assistance given by the Spanish government to its surviving men.
Although the English fleet was unable to prevent the regrouping of the Armada at the Battle of Gravelines, requiring it to remain on duty even as thousands of its sailors died, the outcome vindicated the strategy adopted, resulting in a revolution in naval warfare with the promotion of gunnery, which until then had played a supporting role to the tasks of ramming and boarding. The battle of Gravelines is regarded by some specialists in military history as reflecting a lasting shift in the naval balance in favour of the English, in part because of the gap in naval technology and armament it confirmed between the two nations, which continued into the next century. In the words of Geoffrey Parker, by 1588 ‘the capital ships of the Elizabethan navy constituted the most powerful battlefleet afloat anywhere in the world.’[22]

As with many early modern paintings, the charm of this one is in the details: note the tiny figure (painted in red) clinging to the broken mast of the sinking vessel in the detail I’ve picked out above. Below is the full painting, along with two more details of direct cannon fire. 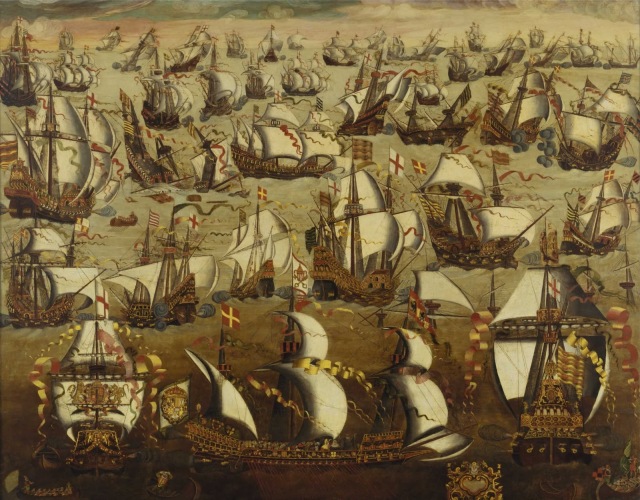 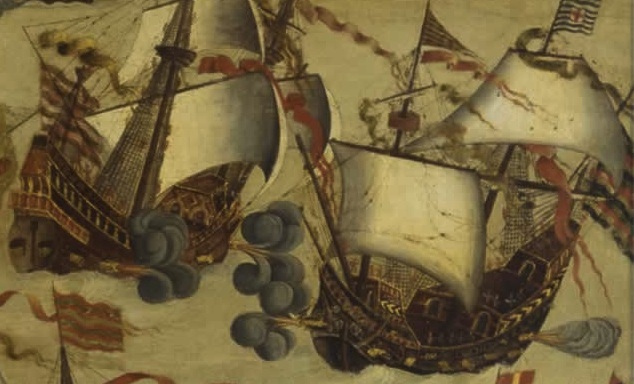 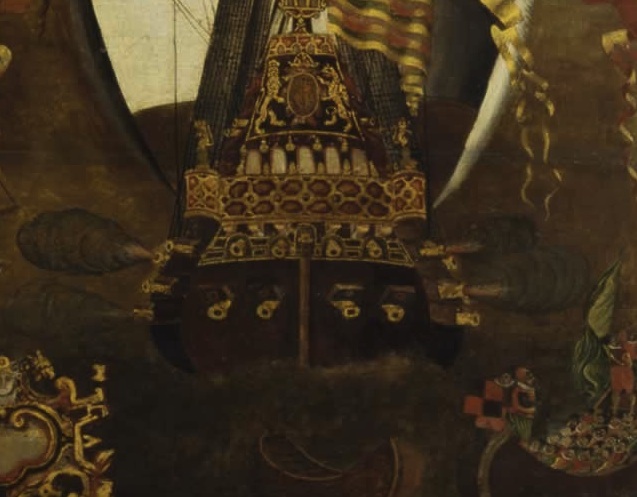