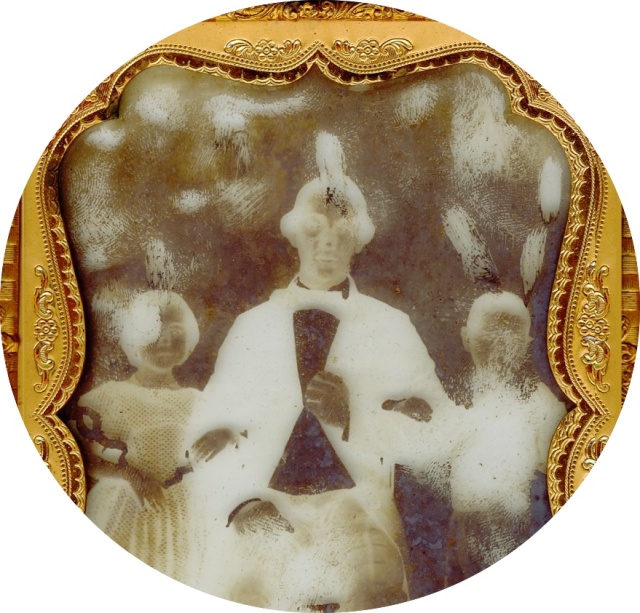 I had never heard of the ambrotype (from the Greek for “immortal impression”) photographic process until quite recently, but it seems to have been a very popular medium in the middle decades of the nineteenth century — cheaper than the more famous daguerrotype, and with a level of pictorial detail and richness of tone that I find really appealing. Below I’m posting a random sampling of some ambrotypes from the 1850s and 1860s that I found via a Google image search and the large Wikimedia Commons library of ambrotype images. Interestingly, unlike most other photographic media, ambrotypes are negatives – the colors were reversed by simply inserting a black velvet backing behind the original glass negative, like so:

As I wrote in my earlier posts on the Prokudin-Gorsky color photographs of pre-Soviet Russia and this very early color motion picture test, there’s something really haunting and beautiful about seeing photographs from a vanished era. We’re so used to thinking about the past as something hazy and unfamiliar, but via this medium we’re able stare in the eye people who died before our grandparents were born. I’m especially struck by this 1860s ambrotype of “a war veteran and his wife,” which may depict a soldier of the Crimean War. (Some images are huge – click for more detail).

Some other standouts, with dates and info when available: 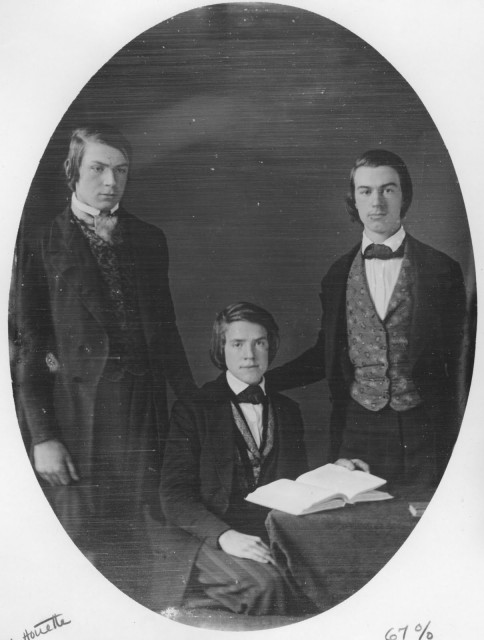 As you may have noticed, almost every surviving ambrotype seems to have been embedded in an ornate frame. This last example takes the form to a ridiculous level – I don’t think I’ve ever seen such a huge frame for such a tiny image. As detailed here, this amazing specimen is held by the Houston Museum of Natural Science and is probably a form of ‘sailor’s Valentine.’ The shells are from the West Indies; the creator, provenance and the identity of the woman are unknown.

And finally, the image which led to me ambrotypes in the first place: Fanny Brawne, the muse of John Keats, recently depicted on film by Abbie Cornish in Jane Campion’s Bright Star. (I can’t recommend this movie highly enough for anyone into English period films – its very well done.) For those interested in the history of photography, a recent book by Harvard History of Science Professor Jimena Canales looks like an interesting read. A Tenth of a Second: A History

examines the creation of machines able to measure tiny units of time in the 1850s (such as cameras) and its impact on society. I’ve only seen excerpts so far, but its on my reading list this winter.