Dutch Brazil, which officially called itself ‘Nieuw Holland,’ was a short-lived (1630-1654) state in the north-east of Brazil that resulted from the Dutch Republic’s aggressive policy of territorial expansion at the expense of the Portuguese colonies in the first half of the seventeenth century — a policy that also led to the Dutch occupation of Portuguese Angola between 1641 and 1648 and a number of annexations in Portuguese India, including the city of Cochin (see below).

These devestating defeats for the Portuguese crown sprang from a combination of factors — the Dutch were a nation on the rise in this period, and the Portuguese, junior partners in the Iberian Union of the 1580-1640 period, found themselves with diminished resources and man-power to defend their far-flung empire. The tide began to turn in the 1620s (see my previous post on the Portuguese-Spanish defeat of the Dutch in Bahia, 1625), but the Dutch retained a foothold in Pernambuco and the north Amazon region until the 1650s, as shown by the map below. 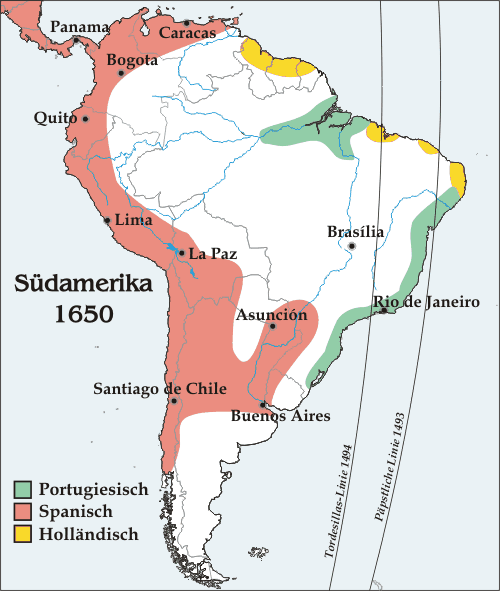 One result of these geopolitical misadventures was a fascinating episode in the history of European art and the print culture of early modern natural history. The Dutch government encouraged painters, botanists and other observers of nature to visit the new colonies and record their observations of the strange new tropical lands that had fallen into the hands of the Dutch Republic. The painter Albert Eckhout (1610-1665) was perhaps the most outstanding of these imperial observers. Below are a selection of some of his wonderfully observed paintings of Brazil’s flora, fauna, landscapes and peoples. All images are from the National Museum of Denmark in Copenhagen unless otherwise noted, and were painted during Eckhout’s travels in Brazil between 1637 and 1644:

The Dutch-Portuguese wars also led to a vacuum of European power in Formosa, present-day Taiwan. Weakened Dutch forces were chased from the island by Chinese military leader and admiral Zheng Chenggong ( 郑成功), known to Europeans as Koxinga, in 1662. The resulting cut-off of European communication with the island allowed the famous eighteenth century impostor George Psalmanazar to invent a series of outlandish falsehoods about Formosa, as detailed in my previous post on this fascinating figure.

is unfortunately out of print, but Benjamin Schmidt’s Innocence Abroad: the Dutch Imagination and the New World (2006) is a great general survey of Dutch empire and observation in the seventeenth century Americas – highly recommended.