Today I read an interesting manuscript held by the British Library entitled “A Voyage to Guinea,  1714-15” (shelfmark: Add Ms. 39946). The work is anonymous, but some clues on the final page and a mailing address tell us that the author probably wrote it in Jamaica around 1726 and then sent it to his sister in Leicester, England. What follows is a short synopsis of its contents and some extracts from the author’s detailed descriptions of daily life in early eighteenth century Cuba.

The manuscript’s author appears to have been reasonably well-educated since he writes with a good cursive hand and speaks Latin, but his memoirs begin with him serving as a common crew-member on a slave ship off the Calabar Coast of West Africa. After an appalling description of the horrors of the Middle Passage (including some gruesome passages involving feeding dead slaves to sharks, discussed in this essay), we next find the author penniless in the West Indies, where he enlists on a merchant vessel to harvest logwood along the Gulf of Mexico. Here he promptly falls deathly ill with scurvy and seeks aid from a frontier doctor who treats the local loggers (quasi-piratical outlaws known as “Baymen”). This doctor convinces the author to journey with him to Jamaica to get medicine and provisions, but their ship soon runs out of food and water and begins to sink. The small crew of six men jump ship and wash up on a nearby desert island where they are sustained by raccoon meat obtained thanks to the hunting prowess of a “Spaniel Bitch, which one of the men brought of the Bay of Compeachy with him.” After ten days the crew decides to attempt the passage to Cuba. While floating off the coast of the island they are boarded by some local sea ruffians who seize their belongings but give them food and portage to a local village, where they’re taken to “one Don Diego Ruez, who was Secretary of the Town.” 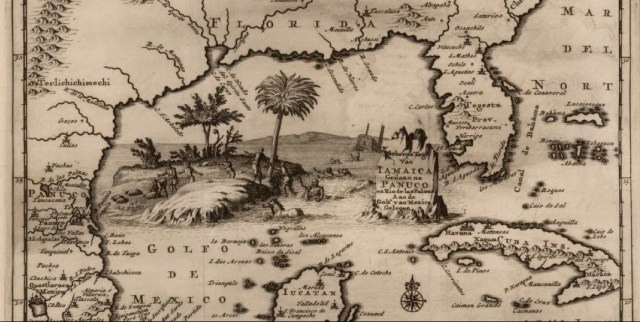 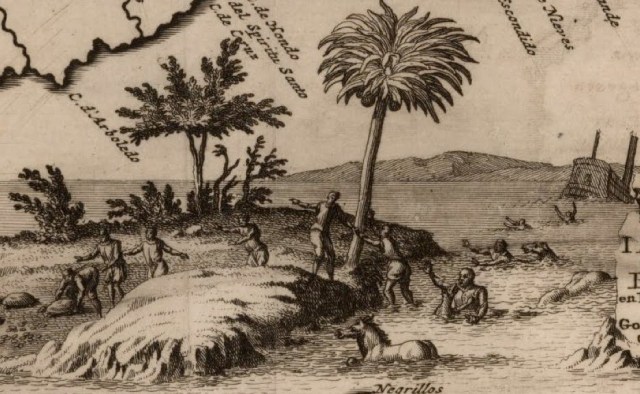 It is at this point that the author’s tone changes from a rather matter-of-fact catalogue of his travels to a richly detailed account of daily life in early eighteenth century Cuba, with particular attention paid to religious matters. Here the author describes a boisterous Christmas celebration, December, 1715:

On Christmas day in the morning I went to Church, but could hardly hear any thing of the Mass for the noise of Drums, Trumpets and other Musick, at the end of every prayer, there was a Volley of Muskets, and Chambers fir’d in the Church-Yard. At night I went again, when the Devotion for the day was over, and found the great Altar-table all set with little Images of clay, representing some people of the Town, some were deform’d, others in obscene postures, and every one had a piece of paper tied to it, to distinguish his Character; this was a great diversion to the Mob. After this there was a kind of farce acted, representing a Battle betwixt St Michael and the Devil; the two Champions began with verbal expostulations, and afterwards came to a furious attack with their Swords, till the Victory seem’d doubtful for a good while, till Michael with a bit of fire at the end of his flaiming Sword, touch’d a parcel of Crackers that were tied to the Devil’s back-side, and made him glad to run out of the Church under the cover of fire and smoke. I my self once bore a part in one of their Drolleries by the perswasion of the Secretary.

Based on his experiences in this small town and a later stay in Havana, the author offers an account of “the Character of the Spanyard” with many interesting details mingled with the national steretypes:

The Spaniards as to their temper are generally Proud, and Reserv’d, valuing themselves much on the reputation of their country. They represent the Kingdom of Spain as a large Cow, and all other nations as so many calves sucking her; this alludes to the Silver, and gold of the West Indies, which furnishes a great part of the World…

The Women seem to be little akin to the Men, for as the men are stiff and Reserv’d, the women are Gay, and Pleasant and much more free and communicative in their conversation…

They drink Chocolate four or five times a day, of which they have two sorts, the best is call’d Regalo, which is pure Chocolate; the other is call’d Chocolata de Maiz, which is mix’d up with Indian Corn, and is us’d by the ordinary people…

Musick is in great vogue among them, and singing in Consort with it; their chief Instruments are the Harp and Guitar, which one may hear in most houses about Sun-set.

The work of the historian Marcus Rediker offers a fuller account of both this particular text and of the world it describes than I can offer here — see especially his The Slave Ship: A Human History

and Between the Devil and the Deep Blue Sea: Merchant Seamen, Pirates and the Anglo-American Maritime World, 1700 – 1750

More extracts from my recent archival research to follow in the next few days!