The brilliant eighteenth century impostor George Psalmanazar (1679?-1763) is one of my favorite historical figures and someone I’ll return to at a later date to write about in more depth. Today I’m just going to post some of his drawings, which were discovered by the historian Frederick Folely, S.J., in a sheaf of Church documents held by the Lambeth Palace Library (in 1968 Folely reprinted the images below in his rare and out of print  Great Formosan Impostor

Put very briefly, Psalmanazar was a mysterious young man who convinced a wide array of early eighteenth century British luminaries, such as Henry Compton, the Bishop of London, that he was a native of the island of Formosa, now known as Taiwan. In reality, he was most likely from southern France, and his claims about Formosa were almost completely fictional — which makes them very interesting.

The rather crude drawings below were apparently drawn by Psalmanazar himself (in his posthumously published Memoirs he modestly admits to “some ability” in the visual arts, not evident here). They depict various Formosan stock types, from a rustic fellow labeled ‘a Country Bumpkin’ to a ‘Vice-Rey’ and ‘King.’ Below the drawings, I’ve included the actual engravings from Psalmanazar’s published work on Formosa, the Historical and Geographical Description. 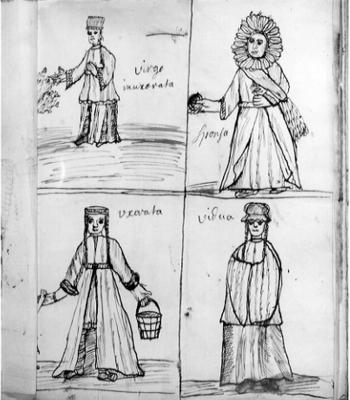 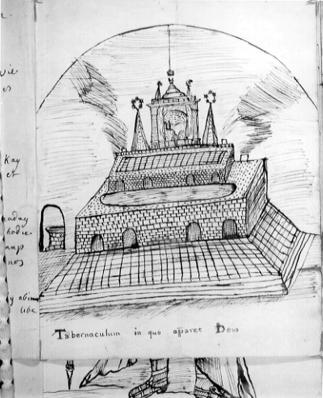 ‘Tabernacle in which God appears.’

The printed English versions of ‘Rusticus’ (Country Bumpkin) and ‘Civis’ (Burger) shown above.